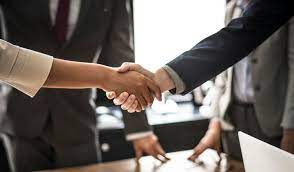 According to the reports, 35% of women workers experience sexual harassment in their entire career, which is about 55% in senior-level women. It is also found that 16% of men lodge complaints against sexual harassment. Sometimes, people know that what is happening with them is not right, but they still feel hesitant to figure out if it crosses the limit. Here we discuss what is meant by sexual harassment and what you should do if you face such a situation at the workplace.

What Is Sexual Harassment?

According to the law, when unwelcoming sexual advances, physical and sexual conduct of a sexual nature or any request to get sexual favours implicitly or explicitly affects the employment of an individual, impacts the work performance of an individual and thus creates a frightening and hostile working environment, then it will be called sexual harassment.

What Are The Two sexual Harassment Categories That Lawyers Talk About?

The phrase is a Latin one, which means ‘this for that’ or ‘something for something. When a person asks you for romantic involvement or sexual favours, and in return, they will give you the job, promotion, or raise your salary, it will be undoubtedly sexual harassment.

Who Is Covered by Sexual Harassment Laws?

Employers working in public and private sectors (with 15 employees or more) are covered by federal law. As per the trends, harassers are generally direct supervisors, co-workers, or even customers. Also, the harasser can be of either opposite or same-sex as the harassed victim.

Before you proceed legally, you should first get aware of state or territory-specific anti-discrimination laws. Your lawyer can also help you know if there are any additional protections that you may get.

What should you do if you Think That you Are sexually Harassed In The Workplace?

It will be your personal decision. Nevertheless, we give some suggestions that may help you.

First, you should document it

If anything like sexual harassment occurs to you in the workplace, you first think of keeping a record of it because it has been found that companies generally do not give much thought to general complaints. So, if you can include specific dates and specific abusive comments in your record, it will solidify your claims. So, whenever your co-worker throws some nasty words towards your appearance or dress or your boss makes a filthy joke about you in front of others, you must note it in written form.

As the physical or verbal conduct associated with sexual harassment is unwelcoming, you should firmly make it clear. This type of gesture works well against offensive comments. For example, in response to someone saying a derogatory word towards you, you can tell how uncomfortable it is for you and others around you. You can firmly scold the person to stop saying those words right away. Later, when you complain, you can use this information as your ground.

In general, you will not need a workplace sexual harassment lawyer to report harassment to the employer or lodge a complaint. But suppose you are confused about the whole matter or want advice on whether a specific behaviour is sexual harassment or your employer does not respond effectively to the complaint. In that case, you may think of consulting a lawyer.

In Perth, many firms offer consultations for free. You should look for those people who work for harassed victims and not for employers. If you think your employer is taking action against you for lodging the complaint, you can take help from employment lawyers Perth.

You may start the change

Unfortunately, even after so many awareness movements, employers neglect such complaints. Still, so many people fall victim to sexual harassment. So, it is time that you should look for a job in a workplace that will give its employees the freedom to report such an incident and leave it for a new opportunity.

If you look for lawyers, it will be better to find the best employment lawyers in Perth. The best lawyer firm based here can help you with it.