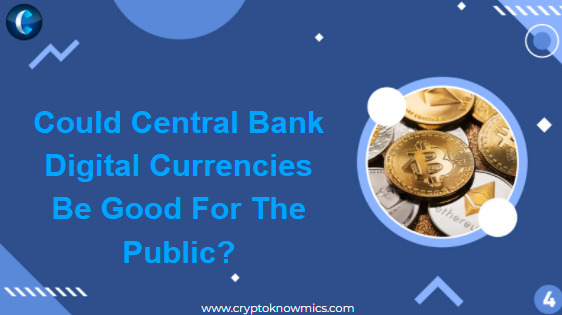 This year is shaping up as a watershed moment in the history of Central Bank Digital Currencies or CBDCs. Only in a few months, we have seen governments taking solid standpoints both for and against the blockchain. Around 87 nations are now researching the creation of these cryptocurrencies, with 14 are in their early stages. The various demands and problems of nations have resulted in a wide range of CBDC models. Easiness, payment speeds, reduced prices are being investigated. Could these Central Bank Digital Currencies be any good for the public? Let us find that out in this article.

Money seems to have an important connection since any CBDC would function as a coin or act as legitimate money. Discussions on CBDCs have occasionally veered into imagining a scenario in which all real money has been supplanted by CBDCs. While this may be a fascinating thinking exercise, it is not the instance we have to evaluate. CBDCs can augment the present system, but they will not have to supersede it. In an environment with CBDCs, some customers may still want real currency in some instances. It is a question of giving people alternatives, because different types of money may meet different requirements and tastes.

Basically, the idea of CBDCs is that if individuals start withdrawing money from banks and put it into CBDCs, the availability of the entire capital for operations like lending would be considerably decreased. This danger must be treated seriously since lending and other services offered by banks are critical for current societal smooth functioning. However, as long as centralized digital assets are constructed carefully, this risk may be addressed in a number of ways. A 2-tier structure in which financial institutions release the assets guaranteed by deposits would imply that the money underpinning the CBDCs will still be in the financial system.

Much of the research and debate on CBDCs have focused on using restricted or permissioned systems to distribute them up so far. This inclination is natural because previously, keeping an e – payment network secure required total control over the infrastructure upon which it was constructed. CBDCs granted on open networks allow for greater fair competition and innovation. By offering corporate sector entrepreneurs substantially greater accessibility to the system on which a CBDC is granted, the system will pave the way for a broader range of financial services, particularly for individuals who were neglected.

Banks and other financial institutions are investigating whether CBDCs may assist them to accomplish their general populace objectives, such as preserving stable prices and guaranteeing robust payments infrastructure and facilities. CBDCs, if effective, might guarantee that. As nations choose to digitize, the wider populace retains accessibility to the purest terms of cash. This might boost payment option varieties, make payments cheaper and quicker, generate additional participation, and perhaps enable fiscal transfers during economic downturns. The BIS innovation hub wants to participate in this field through research and technology, POCs, and models, in collaboration with worldwide central banks.

The Threat To Cryptocurrencies

Stablecoins are also getting popular these days. Many cryptocurrency upcoming events are on them. Stable currencies have increased in favor as a method to underpin Bitcoin with things that have actual value, similar to how USD was once pegged to gold. These assets might be other coins or products, or they could be anything at all. There are a few difficulties with this technique. For one thing, it effectively reconstructs an already existing system. Another fear is that it might make things easy for individuals to conduct frauds because it is more difficult to monitor and control than fiat currencies.

We have seen whether CBDCs or Central Bank Digital Currencies could be good or not. There may be cryptocurrency memes on the original digital assets. However, CBDCs have a chance for respect. If you do not care about CBDCs, you should show some enthusiasm for cryptocurrencies. You can invest in the latest cryptocurrencies besides Bitcoin and Ethereum. Some crypto platforms arrive with the latest airdrops. The destiny of cryptocurrencies has always been in doubt. Supporters see boundless possibilities, while others see only peril. Cryptocurrencies are skeptical, but there are some areas where digital assets are a plausible option. 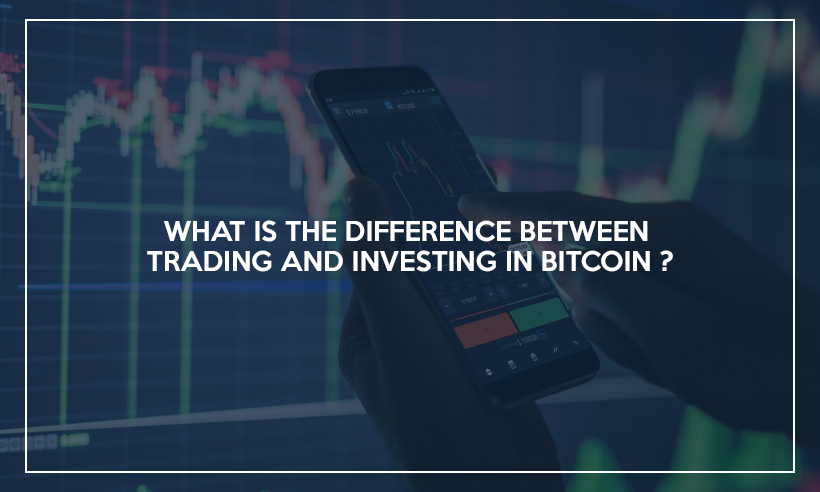 What Is The Difference Between Trading And Investing In Bitcoin?